What Are Tornado Myths & Truths 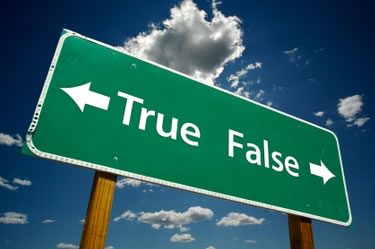 There are a lot of misconceptions about tornados out there. In this article, we are going to dispel some tornado myths and give you some truth!

MYTH: Areas near lakes, rivers and hills are safe from tornados.
TRUTH: No place is safe from tornados. The tornado that struck Door County, WI in August 1998 formed on the waters off of Green Bay and moved ashore, causing over $5 million in damage.


MYTH: The low pressure of a tornado causes buildings to explode as the tornado passes overhead.
TRUTH: Violent winds and debris slamming into buildings cause mostly structural damage.


MYTH: Windows should be opened before a tornado approaches to equalize pressure and minimize damage.
TRUTH: Leave windows alone. The most important action is to immediately go to a safe shelter.


MYTH: People caught on the road should seek shelter under highway overpasses.
TRUTH: Take shelter in a sturdy, reinforced building if possible. The winds of a tornado may actually increase in the tight space of an overpass, increasing the chance of injury. No buildings nearby? Find out what to do!


MYTH: Tornados do not strike the same place twice.
TRUTH: Tornados can strike any time, any place (regardless of past history). As an example, Cordell, KS was hit by tornados on the same day three years in a row!


MYTH: Tornados can always be seen from far away.
TRUTH: Not only do tornados not always have to appear as a visible funnel cloud, but they can also be hidden by heavy rainfall during the day or by the dark of night.